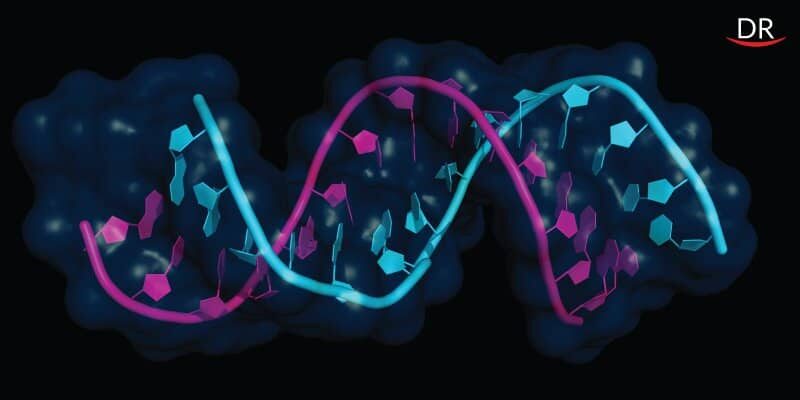 Head and neck cancer is one of the most commonly diagnosed malignancies worldwide. Patients with advanced stages of disease frequently develop recurrences or distant metastasis, which results in a 5 year survival rate in less than 60% cases despite considerable advances in multi-modality therapy. A better understanding of molecular basis of tumorigenesis is required to improve clinical outcomes and to develop new anti-cancer drugs. MicroRNAs (miRNAs) are a class of small, non-coding, RNA molecules that modulate gene expression post-transcriptionally. They are important regulators in normal biological process; however miRNAs deregulation has been observed in many different tumors and is involved in tumorigenesis. miRNAs may act as tumor suppressors or as oncogenes. Several studies on head and neck cancer demonstrated how aberrant expression of miRNAs is involved in proliferation, metastasis, chemo-resistance, and radio-resistance. In addition, miRNAs are excellent bio-marker targets because circulate in stable numbers in human body fluids and can be obtained with non-invasive methods. Moreover, miRNAs up and down regulation has been correlated with specific cancer phenotype (poor prognosis, aggressiveness and resistance to treatment), playing a role as prognostic bio-markers. This review summarizes current finding on miRNAs in head and neck cancer and their potential role as target for next drug therapy.

Head and neck cancer (HNC) is a heterogeneous oncological entity arising from oral and nasal cavities, pharynx or larynx. It is the sixth most common cancer worldwide. Squamous cell carcinoma is the most common histologic type (more than 90% of cases). Adenocarcinoma, basal cell, lymphomas, sarcomas and others are relatively uncommon. Chronic tobacco, alcohol abuse and Human Papilloma-Virus (HPV) infection are the main risk factors for the development of squamous-cell HNC (SCHNC). In patients presenting with early, localized disease, surgery or radiotherapy achieve cure in the large majority of cases. Locally advanced disease is usually treated using integrated treatment modalities including chemotherapy with a worse long-term prognosis. Patients with loco-regional relapse or metastatic disease might benefit from palliative chemotherapy but usually cannot be cured.

Inactivation of tumor suppressor genes (e.g., p53, p16inK4a), activation of proto-oncogenes (e.g., cyclin D, Rb) and enhanced expression of the epidermal growth factor receptor (EGFR) have been observed in SCHNC [1,2]. Cetuximab, an anti-EGFR monoclonal antibody, has demonstrated activity when combined with radiotherapy in locally advanced disease [3] and in combination with chemotherapy in the relapsed/metastatic setting [4], and has been approved for the treatment of SCHNC [5]. On-going clinical trials are evaluating the efficacy of other EGFR monoclonal antibodies (panitumumab, zalutumumab) and EGFR tyrosine kinase inhibitors (gefitinib, lapatinib, afatinib, erlotinib) in these patients [6]. Despite the improvement of surgery, chemotherapy and radiotherapy, the 5-year survival rates are less than 60% [7]. In the last years, increasing interest has been focused on the role of microRNA (miRNA) in cancer. As in other malignancies, miRNA regulates several oncogenes and tumor suppressors, driving the growth, proliferation, metastatic attitude and drug resistance also.

miRNAs are a large family of high conserved non-coding, double-stranded RNA, consisting of about 18–25 nucleotides, that are able to regulate expression of multiple target genes in normal biological process (such as proliferation, differentiation and apoptosis) at post-transcriptional level. To date, 1,872 different miRNAs have been identified in humans and the number is still rising [8]. miRNA genes are transcribed by RNA polymerase II (Poll) to form primary miRNA (pri-mRNA) characterized by a specially modified nucleotide at the 5ʹend and a polyadenilated at the 3ʹend (Figure 1). The Microprocessor Complex, formed by a nuclear protein known as DiGeorge Syndrome Critical region 8 (DGCR8) and an enzyme called Drosha ribonuclease (RNase III), convert pri-mRNAs into a second precursor (pre-miRNA) [9,10]. This is then transported into cytoplasm through Ran-GTP-dependent transporter Exportin-5 where it is cleaved by the RNase III enzyme Dicer to create a miRNA-miRNA duplex. In order to form the final complex that performs gene silencing, the double-strained needs to be separated into the functional strand and loaded together with Argonaute proteins into the RNA-induced silencing complex (RISC). This complex mediates gene expression by binding target mRNAs and inducing mRNA degradation [11]. Several studies reported aberrantly expression of miRNAs in several cancers, where they play a role as tumor suppressors or as oncogenes. Up-regulation of oncogenic miRNAs results in down-regulation of tumor suppressor genes whereas down-regulation of tumor suppressive miRNAs results in up-regulation of oncogenes [12]. Endogenous circulating miRNAs are stable, and are protected from RNAses, remaining steady even after being subjected to unfavorable conditions [13].

Figure 1. MiRNA biogenesis. MiRNAs genes are transcribed by RNA polymerase into primary miRNAs (pri-miRNA). They are converted into second precursors (pre-miRNA) by the Microprocessor Complex, composed by DiGeorge Syndrome Critical region 8 (DGCR8) and Drosha ribonuclease (RNase III). They are then exported to the cytoplasm by Exportin 5 and are processed into mature miRNA/miRNA duplex by DICER enzyme. One of the strands is combined with Argonaute proteins (Ago2) to RNA Induced Silencing Complex (RISC). This complex mediates gene expression by binding target mRNAs and inducing mRNA degradation

miRNAs were discovered in 1993, within Ambros and Ruvhun’s lab, on Caenorhabditis elegans.

miRNAs are implicated in several biological and pathological processes. Great effort is focused on explanation of the potential role of miRNAs in inflammatory disease, atherosclerosis, metabolic disease and fibrosis [14]. They are also important regulators of immune system and angiogenesis. Moreover, miRNA involvement in tumorigenesis was demonstrated by the development of lymphoproliferative tumors in transgenic mouse whose miR-155 gene was up-regulated [15]. As in hematologic neoplasms, solid tumors show aberrant expression of several miRNAs.

The vast majority of studies included a slender number of cases and information are not conclusive yet. miR-21 has been shown to act as an oncogene by targeting PTEN in various cancer [16-39]. The miR-21 has also been frequently observed in HNC. Recent studies on SCHNC demonstrated that increased expression of miR-21 causes reduction of PTEN expression [27] and its transcriptional regulator Grhl3 [40]. PTEN is an inhibitor of the PI3K pathway. Its inactivation leads to accumulation of phosphatidylinositol 3,4,5-triphosfate (PIP3) and consequently increased activity of serine/threonine protein kinase PDK-1 and AKT which promote cell cycle progression, proliferation and inhibit apoptosis. miR-31 activates the hypoxia-inducible factor (HIF) pathway through the suppression of its inhibitors factors (FIH), consequently promoting tumor angiogenesis and growth. As in other cancers, deregulation of miR-31 was observed in SCHNC [28,36]. miR-375 is frequently found as down-regulated in SCHNC and acts as tumor suppressor. Hui et al. demonstrated that the down-regulation of miR-375, observed in over 91% of HNSCC samples, would result in deregulated proliferation, chaotic growth and inhibited apoptosis [24]. Moreover, Nohata et al. suggested that miR-375 acts as tumor suppressor and regulates AEG1/MTDH (astrocyte elevated gene 1/metadherin), a mediator in different signaling pathways such PI3k/AK, NF-Kb and Wnt/b-catenin, promoting oncogenesis [30].

SCHNC is frequently diagnosed in advanced stage when metastases to regional lymph nodes are already present. Even with combination of surgery, chemotherapy and radiotherapy, these patients have a high risk of recurrence. Thus, an important goal would be the identification of biomarkers for early detection. Recent studies identified a potential role of some miRNAs as diagnostic biomarkers. Actually, miRNAs circulate stably in different human body fluids, such as blood, saliva, urine and breath. Hence they can be accessible with non-invasive methods. Wong et al. detected the presence of miR-184 in the plasma of 80% of patients with squamous cell carcinomas of the tongue (all stages) compared to 13% of healthy patients [36]. In the saliva of patients with oral squamous cell cancer, miR-125a and miR-200 were significantly under expressed compared to controls [47]. Moreover, Liu et al. showed high levels of salivary miR-31 in oral cancer while levels of miR-31 in plasma were up-regulated [48,49]. Lastly, Clague et al. reported the correlation between one variant allele of miR-26a and an increased risk to develop premalignant oral lesions [50].

miRNAs and Resistance to Chemotherapy and Radiotherapy

The combination of chemotherapy and radiotherapy is the standard treatment for locally advanced SCHNC. However resistance to anticancer drugs often leads to treatment failure, though alterations of different molecular pathways. Recent studies hypothesized a potential role of miRNAs in chemoresistance. Yu et al. found a different expression of miRNAs between cisplatin-sensitive tongue squamous cell carcinoma and cisplatin-resistant sub-lines: in particular increased levels of let-7 family, miR-23a, miR-214, miR-518c, miR-608 and decreased levels of miR-21 and miR-342 [51]. miR-21 and miR-214 have been already reported to alter the chemo-sensitivity in others tumors such as cholangiocarcinoma and ovarian cancer respectively [52,53]. In this study, miR-214 might induce cell survival and cisplatin resistance through targeting the 3’-untranslated region (UTR) of the PTEN gene, which leads to down-regulation of the protein and activation of AKT pathway. Several authors have also investigated the role of miRNAs in the development of radioresistance. miRNA expression profiles have been compared in 6 tumors cell lines (3 from gliomas and 3 from squamous cell carcinomas) after ionizing radiation. Levels of miR-24-1, miR-144, let-7i, and miR-1285 were significantly increased following irradiation, confirming their susceptibility to ionizing radiation [54]. miR-205 has been investigated in a radio-resistant nasopharyngeal carcinoma cell line (CNE-2P). High level of miR-205 has been detected compared to cell line control [55]. The 3’-UTR of PTEN contains a binding site for miR-205. PTEN is largely known as an inhibitor of cell cycle progression. Authors suggested that PTEN is responsible for radio -resistance through miR-205. Low levels of miR-125b, observed in oral squamous cell carcinoma cells, are correlated with proliferation and radioresistance mechanism, mediated by the down -regulation of the intra -cellular adhesion molecule 2 (ICAM2) [56]. Actually, miR-125b has complementary sequences for ICAM2 mRNA.

The Application of miRNA to Cancer Treatment

One key possibility for the future is the modulation of altered miRNAs concentration through molecules that replace down regulated miRNAs or using antagonists that binds over expressed miRNAs. The first clinical trial, using a complementary molecule, was conducted in patients with chronic HCV infection [57]. Miravirsen is a short oligonucleotide that binds and inhibits miR-122. miR-122 is highly expressed in the liver and enhances HCV propagation. An ongoing phase II trial has the purpose to assess the antiviral activity and safety of Miravirsen. To our knowledge there is only one clinical trial available in cancer patients. MRX34 is a molecule mimicking miR-34, which is found as downregulated in many tumors. miR-34 inhibits cancer proliferation and apoptosis by the deregulation of MYC, MET, BCLR and β-catenin. A phase I ongoing study is evaluating the maximum tolerate dose and the pharmacokinetic of MRX34 in patients with primary liver cancer or liver metastasis [58].

It is widely recognized that miRNAs are pivotal pawns in the cancer development of many tumors, including HNC. Several studies demonstrated considerable discrepancies in miRNAs levels between tumors and corresponding adjacent normal tissues. Moreover, a change in miRNAs expression has been observed in primary disease compared to metastatic sites, suggesting a role in the tumor progression. miRNAs are easily obtained with non-invasive methods because they circulate stably in blood, urine and saliva. Further studies will be needed to identify specific miRNAs that can be used as bio -markers for early detection or as bio -markers with predictive value. However, to date, there is no data old enough to introduce miRNAs expression analysis in the current clinical management. From a therapeutic point of view, miRNA-based therapies are currently in preclinical and clinical development with encouraging results. For miRNAs whose expression is reduced, re-introduction of mimics miRNAs could restore the correct gene targets modulation. Conversely, for miRNAs whose expression is increased, the strategy is aimed to the inhibition through use of anti-miRNAs.

Also read:  Pregnancy, oral health and you | TIPS for to be moms

An Incredible Study: How to address a Doctor in Person?