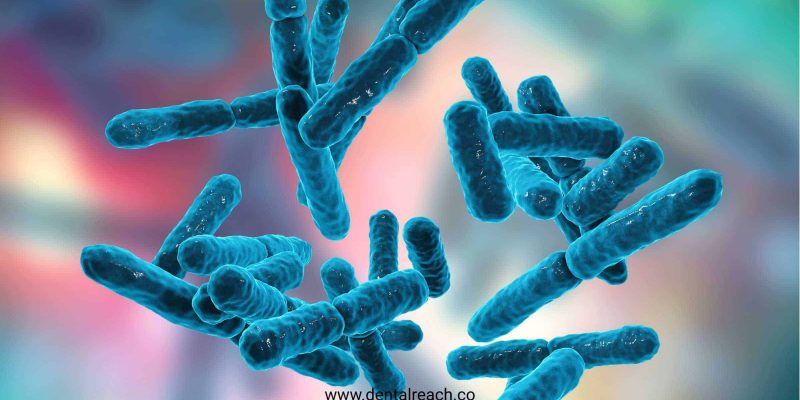 Bacterial colonisation in the oral cavity starts few hours after a baby is born. As soon as teeth start erupting, the oral microflora starts changing. The oral cavity in adults contains more than 500 species of bacteria. Out of these, some are healthy and some are disease producing species. According to the ecological theory of plaque hypothesis, balance between the healthy and disease-producing bacteria collapse, and the disease starts developing.

With the growing number of bacteria-resistant diseases and the length of time it takes to develop new antibiotics, it might be time to consider another alternative, ‘Probiotics’, in the treatment of periodontal disease. Antibiotics indiscriminately kill harmful bacteria that cause infection and also kill good bacteria which help fight infection. Whereas probiotics increase the population of the beneficial bacteria which kill pathogenic bacteria and fight against infection. Oral administration of probiotics may also benefit oral health by preventing the growth of harmful microbiota or by modulating mucosal immunity in the oral cavity.

Probiotics are live microorganisms, when administered in adequate amounts have beneficial health effects on the host. Probiotics act as nano soldiers, referring to genera of organisms, which halt, alter or delay periodontal diseases. It poses a great potential in the arena of periodontics in terms of plaque modification, halitosis management, altering anaerobic bacteria colonisation, improvement of pocket depth and clinical attachment loss.

Probiotics can help prevent and treat disease via several mechanisms.

Probiotics interact directly with the disease-causing microbes, making it harder for them to promote infection or disease. Production of antimicrobial substances against periodontal pathogens.

Also read:  Why Nobody Cares About Your Business?

Probiotic bacteria or their products can modulate the immune system. Regulatory T cells are known to be very important in reducing inflammation in response to non-pathogenic antigens. It has been suggested by recent studies that toll-like receptors may mediate interaction between T lymphocytes, dendritic cells and mast cells. These interactions help in modulating response. This mechanism of action is similar to what is observed in the gastrointestinal tract. Probiotic bacteria also produce various metabolites like bacteriocin, free fatty acids, bacteriocin and bacteriocin like substance which inhibit the growth of another pathogenic organism thus enabling them to colonise the oral cavity.

One of the essential characteristics of a probiotic to exert oral effects is by far the property of colonisation in order to integrate into the oral microbiome and maintain balance. This is a direct mechanism of action to inhibit the periodontal pathogens. Whereas indirect mechanism would include competitive exclusion by means of competing for nutrients and growth factors thereby passively creating niches for colonisation and actively reducing the adhesion capacity of pathogen in the oral cavity.

Since bacteria are capable of influence the environment by both synergistic and antagonistic interactions, the environmental pressure in the ecological plaque hypothesis is partly introduced by them. It is well known that normal microbiota protects the oral cavity from infections; similar to species associated with oral diseases, there seem to be species associated with oral health.

Bacteria used as a probiotics

Delivery of the probiotics

In the forms of tablets, powder, mouthwash and chewing gums probiotics can be easily delivered to the oral cavity.

1. For treatment of gingivitis and periodontitis

Use of tablets containing L. Salivarius WB21 has shown decrease in gingival pocket depth, in heavy smoker groups. It also affects the number of pathogens in plaque. Mouthwash containing strains of L.reuterri or tablets containing 6.7 x 108 colony forming units of L. salivarius and Xylitol [280 mg/tablet] has shown decrease in gingivitis and plaque formation. Also 14 days intake of L. reuteri led to the establishment of the strain in the oral cavity and significant reduction of gingivitis and plaque in patients with moderate to severe gingivitis.

Halitosis is not s disease but a discomfort, although some oral diseases including periodontitis may be the underlying cause; however, in approximately 90% of cases, the origin can be found in the oral cavity and probiotics are marketed for the treatment of both mouth and gut-associated halitosis.Streptococcus salivarius K12, a pioneer colonizer of oral surface and predominant non-disease-associated member of the oral microbiota of healthy humans, have been effectively used as a probiotic to replace bacteria implicated in halitosis.

The micro bacteria, although invisible to the naked eye, should not be underestimated as a key determinant of health and disease. The oral microbial ecosystem is essential in maintaining both oral and overall health in the body. The microbial equilibrium is maintained within the oral cavity by the salivary flow and biofilms on the teeth and soft tissue. Pathogen activity initiation can lead to oral diseases if the homeostasis of the oral cavity is disturbed. Since the oral cavity is a primary gateway to the body, severe cases of oral diseases may result in the spread of infection to other body sites, producing systemic diseases or aggravating an already compromised immune system. Practicing good oral hygiene and maintaining stable oral biofilms is indispensable to keeping body healthy and also preventing rapid spread of disease to other individuals. Probiotics offer a natural and promising option to establish this.