A disgruntled patient has secretly stalked the dentist for four years, armed with a very strange "Murder kit". It included a ski mask, knife, hammer and even a crossbow.

Thomas Baddeley, 42, was arrested after an alarmed neighbour spotted him wearing a balaclava in one of 30 cars he rented for surveillance to remain incognito. Upon arrival, police officers found a crossbow, black ski mask, kitchen knife, flashlight, gloves, lighters, hammer, dust rags, bleach and napkins on him. According to the investigation, he needed all this for the murder of orthodontist Dr Ian Hutchinson, and the subsequent elimination of evidence. During the surveillance, which lasted 4 years, he recorded in detail every action of his victim. Last week, a court sentenced him to 16 months in prison. The notes contained a diagram of the placement of surveillance cameras, reminders on how not to leave fingerprints and what to say to the police if caught. There is no direct mention of the murder, but there is strong circumstantial evidence that it was an "Event". However, he planned to complete it in a week.

Dr Hutchinson, 52, had no idea that he was being targeted and was "extremely upset" when the police informed him of the conspiracy.

“Since then, he had nightmares about Baddeley holding a knife to his throat and is now considering shutting down his dental business,” prosecutor Nigel Fryer said in a Welsh court.

He recalled how his former patient accused him of "harming him" during treatment for drooping gums and got angry when he refused the "strange request" to put two teeth back in his mouth.

Baddeley argued that the crossbow was needed for a hobby. However, he later admitted that he pursued the dentist with the aim of attack. And his lawyer admitted that he became literally "obsessed" with Hutchinson. Although in judging he insisted that the crossbow was needed for a hobby, and not for murder. It turned out that Baddeley and Hutchinson knew each other. At one time, the defendant accused the orthodontist of having “harming him” during sinus lifting, and became very angry when the doctor refused his request to insert two extracted teeth into his mouth.

“The facts of this case are frightening. You chased him like a hunter chasing his prey. You tracked, recorded his movements and followed him everywhere. You are a very smart person. I have no doubt that you intended to do some harm to Dr Hutchinson. It is difficult to imagine a more serious case than this of its kind.” said Judge Jeremy Jenkins.

Is There a Need to Move Past G V Black Classification? 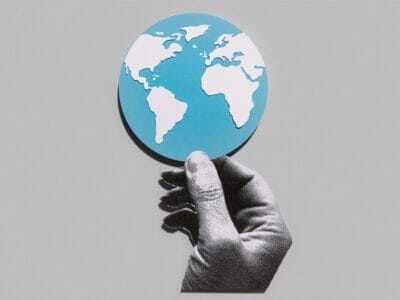 Global Dental Market To Witness Exponential Growth Till 2028-A Report.