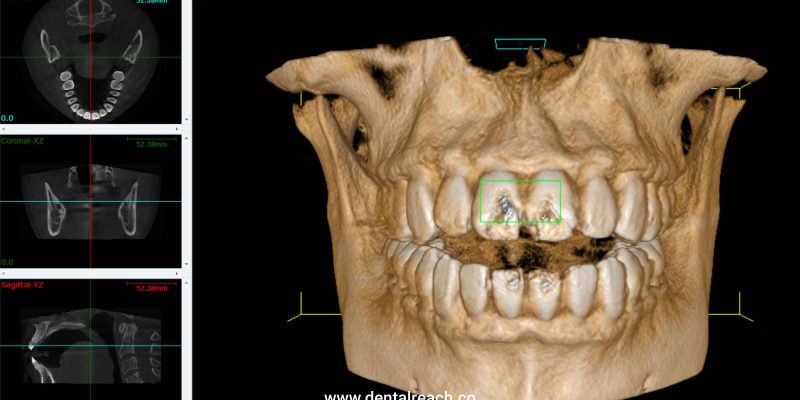 Cone Beam Computed Tomography (CBCT) including endodontics has become widely available and utilised in all aspects of dentistry in recent years. It became an inevitable part of treatment planning for every dentist since the discovery of X-ray and its application. Though X-rays proved to be very useful in the success of treatments like root canal by determining the proper working length and ensuring an impervious seal, it has its limitations.

X-rays provide a two-dimensional image of a three-dimensional object and sometimes give a distorted view of overlapping anatomic structures (Anatomic noise).

With the advent of CBCT, one can get an undistorted, three-dimensional image of the area under examination in endodontics. A clearer image gives clearer idea of the endodontic anatomy and pathology which helps in better treatment plan and achieves a predictable outcome. Although, conventional radiography still remains the default diagnostic tool in endodontics. According to recent research, CBCT is an evolving trend, and its acceptance would dramatically increase in near future.

After a century of conventional radiography, a first clinically practical technology of three-dimensional imaging was introduced as maxillofacial CBCT in 1996.

CBCT is accomplished by using a rotating gantry fixing an X-ray source and detector. A divergent pyramidal or cone shaped source of ionizing radiation is directed through the middle of the area of interest onto an area X-ray detector on the opposite side of patient.

The X-ray source and detector rotate around a fixed fulcrum within the region of interest. During the exposure sequence hundreds of planar projection images are acquired from the field of view in an arc of at least 180 degrees. Thus, a 3D volume of data is acquired in a single sweep of scanner. The beam of X-ray used is coned shaped and hence is the name of the technique.

Though CBCT cannot completely replace the use of conventional radiography in endodontics, it can be used as a complementary aid to assist in diagnosis, treatment planning and post operative assessment with the following important applications in the field:

The two-dimensional images produced by conventional radiograph give idea of morphology in mesiodistal plane leaving behind the curvatures, extra roots and additional canals in the buccolingual planes.

CBCT is invaluable in assessing teeth with unusual anatomies such as extra roots, dilacerated tooth, dens invaginatus, C-shaped canals, and fused teeth. According to studies, CBCT is superior to conventional radiographs in detecting supplemental canals posing threat to the outcome of treatment if went undetected.

CBCT can more accurately assess canal curvatures, which may be helpful in preventing mishaps like ledge formation, transportation and perforations.

Apical periodontitis is caused by the resorption of bone that occurs as a result of response of host’s immune system to the bacteria that enters the root canal system. If the periapical radiolucency exceeds twice the normal width of periodontal ligament, it is classified as a periodontal lesion.

A conventional radiograph shows this apical radiolucency only after demineralisation progresses to the buccal and lingual plate as the superimposition of anatomical structures limits its usefulness in identifying the process occurring in cancellous bone, which is possible to visualise using a CBCT.

Studies show that the outcome of treatment is more favourable when the treatment is started before the lesion starts to show on periapical radiographs.

While performing any surgical procedure a surgeon is always at risk of iatrogenic errors. Especially as a dental surgeon, we need to work in the vicinity of important structures like mental nerve, inferior dental nerve, maxillary sinus, etc. Three-dimensional imaging like CBCT allows the clinician to view anatomic structures and its various spatial relationships to the root apices in any desired plane, which cannot be viewed using a two-dimensional conventional method.

In addition to this, the thickness of cortical plate, the cancellous bone pattern, fenestrations and inclinations of roots under consideration can also be accurately analysed. The proximity of nerve bundle to the root which is to be operated can be assessed by reducing the chances of damage during surgeries to a greater extent.

The diagnosis of traumatic injuries is often a difficult task, and the drawbacks of conventional radiography like anatomic noise and image compression add to the difficulty. Failure to identify the root fractures before undergoing treatment has been reason for failure of treatment and poor prognosis of a tooth which could have been saved by a proper diagnosis.

CBCT has proved to be far more sensitive than conventional radiography in assessment of fractures. Another advantage being that trauma patient often has difficulty in accommodating bulky film holders and image receptors for conventional photography owing to pain and injury to the dental tissue which is eliminated while using CBCT.

Studies show that external root resorption is a very common complication following dental luxation and avulsion injuries. It is so rapidly progressing that it can resorb the entire root within three months of injury if not diagnosed and treated on time. Conventional radiography cannot detect it unless it has caused greater destruction, unlike CBCT, which can detect it at its initial stage, which is critical to the survival of affected tooth.

Although conventional radiography is a cost-effective and reliable diagnostic tool for a dentist, the usefulness of CBCT in preoperative as well as postoperative diagnosis should not be underestimated.

Turning Over a New Leaf! 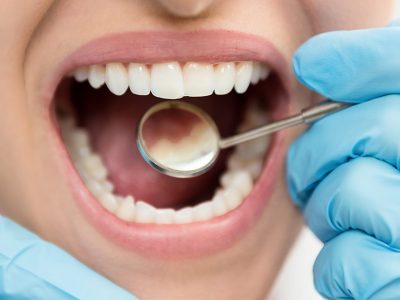 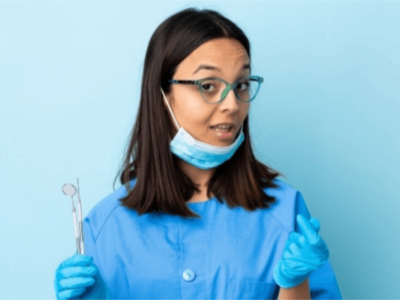 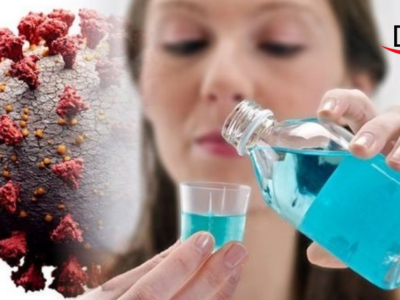