“Necessity is the mother of all inventions”. Various advancements in the field of medical and dental sciences have definitely helped in fulfilling numerous diagnostic and treatment needs of patients. At the time of inception of imaging, it appeared as a celestial boon as we were able to capture the atoms, molecules and their inbuilt particles such as protons, electrons and neutrons after understanding the physics and chemistry behind their actions. Numerous transformations over the ages in the field of maxillofacial imaging from the era of a conventional 2-dimensional imaging to the present scenario of a 3-dimensional one have revolutionized our vision of interpreting a particular pathology and also shaping the treatment plan accordingly. The three-dimensional imaging has made the complex cranio-facial structures more accessible for examination and early and accurate diagnosis of deep seated lesions.

W.C. Roentgen was the most successful inventor of his era when he came up with the amazing property of the cathode rays and the wonderous X-Rays and took the very first radiograph of his wife’s hand wrist, thus proving that these magic rays will now help the physicians peep through the window of persisting manifestations and analyse the ailing structures lying within. However, when Hounsfield’s concept of computerized tomography took the centre stage years later, the world of imaging witnessed a renaissance in its own way. Its later modifications like Cone Beam C T (CBCT) and Tuned Aperture C T (TACT) followed by various other imaging advancements like Magnetic Resonance Imaging (MRI) and Ultrasonography (USG) proved to be time testers in investigating the underlying pathology in terms of both hard and soft tissues with much enhanced clarity, acquisition and sophistication. Benefits of TACT include ability to calculate projection geometry, use of low radiation dose and less damage to quality of image due to patient movement. Cone beam computed tomography (CBCT) yields images with isotropic sub-millimeter spatial resolution as a result; its use is perfectly suited for dental and maxillofacial cases. CBCT not only reduces the size and cost of CT scanners but also improves the resolution of the image with lesser amount of radiation dose than that used in CT scans. To add on to it, it also gives a volumetric analysis of the data intended.

A beautiful thought from an experienced mind in the field of Oral Medicine and Maxillofacial Radiology, flashes in my mind in this aspect which quotes that “every single advancement made in the field of dentistry, be it medicine or imaging or any other speciality in dentistry for that matter should aim at reducing the mortality and morbidity of the patients from various ailments that he/she is suffering from, in some way or the other; only then it can be considered useful and helpful to the mankind.”

Today, we can definitely say that maxillofacial radiology with its umbrella of various paradigm shifts over the decades, is very much in affirmation with the above quote. Further, direct digital intra oral imaging is emerging as an alternative to film based radiography today pertaining to its advantages such as rapid acquisition of images, storage, and transmission to remote sites. Simultaneously, various other imaging modalities like scintigraphy and arthroscopy too have specific uses in investigating and finally diagnosing various pathoses. The time has arrived where in we have portable X-Rays machines in hand that has lessened the time consumption of both the physician as well as the patients who are already under the stressful awe of their persisting pathosis. T- Scan is yet another recent advancement in the field of imaging which identifies the occlusal discrepancies chair side and inadvertently the secondary symptoms like pain in the temporomandibular joint complex, so that both the ailments can be rectified within a short span of time.

In addition to being of use to the physicians and the patients, these advanced imaging modalities have paved a way for the budding dentists in the field of research and have raised the standard of education for those pursuing careers in oral and maxillofacial radiology today. Last but not the least the world of maxillofacial imaging has transformed itself into practicing “GREEN DENTISTRY” with much reduced radiation exposure which is the NEED OF THE HOUR.

What are the different way to improve productivity in your practice? 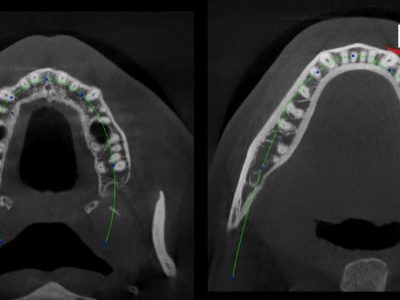 7 Benefits of getting featured in Dental Magazines