Aerosols have been a potential threat of infection to dentist and dental auxiliary staff since eternity, But Sars CoV 2 (COVID-19) has shown how much are we at risk. Dental aerosols are a potent carrier of various bacteria, fungi and viruses. All efforts should be made to control the aerosols and the microbial count in aerosols for the wellbeing of dentists and whole staff, and also to check potential cross contamination to another patient via aerosols. Dentists are in general very good in asepsis and disinfection in general, still this aerosol problem was not addressed in the way it should have been in routine practice earlier. We can reduce aerosols and it’s microbial contents and look into all possible means to reduce contamination by aerosols, in three different stages of treatment: before, during, and after treatment procedure.

Most of the dental procedures have always been associated with splatter and aerosol production, with potential of many diseases like tuberculosis, influenza, SARS, Legionnaire’s disease.(1) H1N1 and H5N1 also spread through aerosols and droplets. But SARS CoV2 (Covid 19) made all dentists think how to control aerosols or at least decrease the microbial count of microorganisms in the aerosols. Air borne infections and its consequences were known by the published example of a medical office, where measles virus was spread through the ventilation system. A 12 year boy had measles visited the medical office, he was coughing and the ventilation system took the virus to other parts of the place. Three patients who suffered from measles later, were not in the same room as the boy and one came after an hour of the boy leaving the office.(1,2)

Micik and colleagues (3,4,5,6,7) in their work on aerobiology have defined dental aerosols with particle size less than 50 microns, and such small particles have the potential to stay air borne for a long period of time before settling on surface. Smaller particles have greater potential of infection transmission.

Splatter has been defined as the particles more than 50 micron. These particles settle on the surface quickly. So the air borne infection in dental office will most likely be caused by aerosols.

Aerosols need to be fought in three different occasions i.e.,

We need to find ways to either reduce dental aerosols per se or to reduce the microbial count in aerosols. We shall look forward on how we can achieve this.

Pre procedural Rinses: Researches have shown that pre procedural rinse with 0.05% cetylpyridinium chloride at 47 degrees has significantly reduced the microbial count of the dental aerosols produced.(8) It was shown to be more effective than the rinse of 0.2% CHX at room temperature rinse that is a common practice in dental clinics. Another study showed that tempered 0.2% CHX is more potent than non-tempered 0.2% CHX.(9) These reports show that pre procedural rinse is a must for all dental procedures.

Use of Rubber Dam during restorative procedures(10): Use of rubber dam during restorative procedures has shown to reduce the infective aerosols, as the aerosols from patient’s mouth are stopped by dam. Reduction of bacterial count was greatest at 1 meter from the headrest, which helps minimize the chances the inhalation of infected aerosols. Besides the stopping of saliva contamination and giving proper isolation, rubber dam will also stop patient’s saliva from mixing up with aerosols produced by air rotors.

Switching to High Speed Electric motor: The debate of air turbine vs high speed electric motor for a cavity preparation or cutting of metal crowns might go on, but one thing is for sure that the aerosol production from electric motor is less than air rotor. We can do away with water as coolant totally in a non-vital case.

Extra Oral Suction with HEPA and other filters: In current scenario during procedures, extra oral suction with HEPA filters seem to be the best bet to reduce the procedural aerosols. Just a modification of a house hold vacuum cleaner into an extra oral suction proved to be very useful in reducing bacterial count from the dental operatory.(11) If a simple device without any filter can reduce the count, modern devices with inbuilt 4 stage filtration including HEPA filtration, will surely be a boost to aerosol containment and infection control.

Wearing protective gears: Dental team should wear proper scrubs, masks, headcaps and protective eye wears (PPE) during high aerosol producing procedures such as ultrasonic scaling. This will not reduce the aerosol, but will reduce the chances of infections.

As it has been already established that aerosols remain in air, even hours after the patient is gone, we need to take care of residual aerosols.

Fogging and Fumigation: Fumigation with formaldehyde and formalin plus potassium permanganate was once very popular but due to carcinogenicity of formaldehyde, it is no longer very popular.12 Alternatively, VIKRON™ has been used.(12) It is a non-toxic substance. Fogging with 0.01% silver nitrate and 10% hydrogen peroxide is getting popularity due to its non-toxic nature. This combination also disinfects very quickly as compared to formaldehyde.(13)

HEPA Filters: High efficiency particulate arresters, or commonly called as HEPA, are being considered for reduction of microbial count from air. HEPA 13 and HEPA 14 are equipped to filter 99.97% of particles that are of 0.3 micron. With other filters such as pre filter, activated charcoal etc., it is said to be effective against much smaller particles too. It has been proven to reduce bio aerosols and the microbial count, and hence reduce the chances of air borne Infection.(14)

Chlorine Dioxide gas: Chlorine dioxide gas has been proven to be an excellent anti-bacterial and anti-fungal(15), also a potent anti-viral.(16) The reason chlorine dioxide gas is gaining popularity is because we do not need specialised fumigator or fogger. We just need to mix the tablet with water and within no time, the gas starts giving its effect.

Dental aerosol problem is a reality and there is no denying that. As dental practitioners, we must try to find more ways to reduce the aerosol menace. There are lots of ways that can be used to reduce Aerosols or reduce the microbial content of aerosols. We must follow the best protocols to reduce dental aerosols but also work further to create a loophole-free system for aerosol reduction. 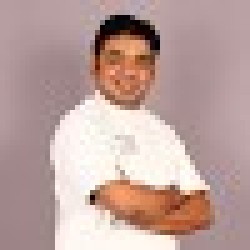