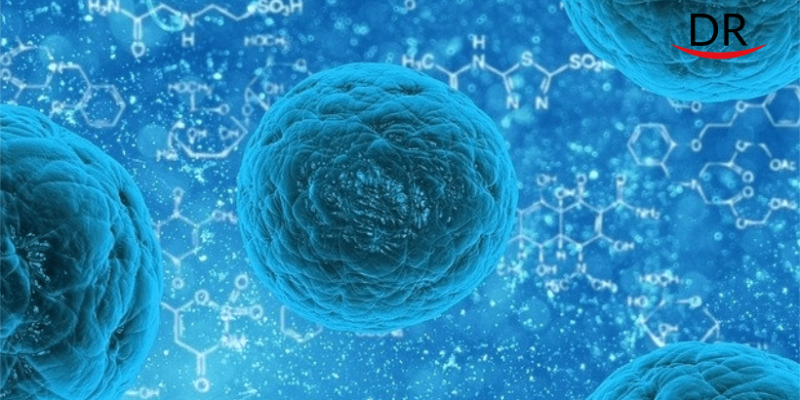 Studying bacteria in a petri dish or test tube gave an idea of ​​how they function and, in some cases, contribute to the development of certain diseases.

But this approach has its drawback, because in the laboratory it is impossible to create conditions identical to the natural habitat of the microorganism. Therefore, it is not completely clear how interaction with the environment affects the actions of bacteria in nature.

Using the translational approach, researchers from the School of Dentistry of the University of Pennsylvania and the Georgia Institute of Technology studied in detail the bacteria that cause tooth decay, as well as their habitat – sticky plaque on the surface of deciduous teeth.

A paper published in the journal Proceedings of the National Academy of Sciences claims that the main causative agent of caries, the bacterium Streptococcus mutans creates a protective multi-layer spatial organization, which contains other varieties of bacteria and polymers, at the site of tooth damage.

“We wondered how these bacteria are organized, and can their specific architecture be a sign of a developing disease?”

To answer this question, the researchers used superfine resolution single-focus scanning electron microscopy with computational analysis to identify the location of S. Mutans and other bacterial strains from the biofilm on the teeth.

This approach to the description of localization and structural features of bacterial communities is also used in the study of other diseases.

“It is obvious that the determination of the composition of micro-flora is not exhaustive knowledge that allows us to judge its impact on health. The spatial organization of bacteria must be considered. This aspect remains poorly understood, since it is not always possible to obtain intact samples with the initial structure of bacterial biofilms on their surface, ”says M. Wheatley.

“It is clear that determining the composition of the human microbiome is not enough to understand its effect on human health. We must also know the spatial organization of bacteria. This issue remains largely under-explored, since obtaining intact samples with the original biofilm structure is difficult, ” says study co-author Marvin Wheatley.

In this work, the researchers found that S. mutans in plaque most often looks like a small hill on the surface of the tooth.

In this case, S. mutans bacteria form the inner core of the film in the form of a spherical structure, which is surrounded by other types of bacteria, for example, S. Oralis, forming additional outer layers in the form of corona-shaped structures. The space between the layers was filled with sugars produced by S. mutans, where effectively pathogenic bacteria were encapsulated and protected.

“We found organized structures with a dense cluster of S. mutans bacteria in the middle, surrounded by layers of other bacteria. We were surprised how these features can cause tooth decay, ”says Ku.

To learn more about how the structure of biofilms affects the vital activity of bacteria, the researchers recreated the natural conditions for the formation of plaques on surfaces similar to tooth enamel.

For this, strains of S. mutans, S.oralis and a sugar solution were used.

They managed to successfully grow a pear-shaped bacterial film, and then measure the levels of acid secreted by the bacteria and associated demineralization inside it.

“The rounded areas of the bacterial films are areas of demineralized enamel where a high concentration of acids is observed.Clinicians see these areas as “white spots”.

Also read:  Special mouthguard may be alternative to CPAP for sleep apnea

At the final stage of the experiment, the researchers placed antimicrobial agents on a spherical bacterial film, observing the death of bacteria.

If the top layer remained intact, then S. mutans bacteria in the core of the spherical region were not exposed to the drug and did not die in large quantities.

Only the destruction of the inter-cellular regions holding the outer layers allowed the antimicrobial agent to penetrate and effectively destroy the bacteria that cause caries.

The results of the study can help to more effectively influence the pathogenic nucleus of dental biofilms, as well as useful to researchers from other areas.

“The spatial structure of the microbiome can mediate the function and outcome of the disease, which may be applicable to other areas of medicine dealing with polymicrobial infections.Not only the presence of a specific pathogen is important, but also the formation of bacterial structures in the interaction of different pathogens, ”says Ku.

“Bacteria are very social creatures and have friends and enemies who dictate their behavior,” Wheatley added.

Benefits of Yoga for Dental Professionals