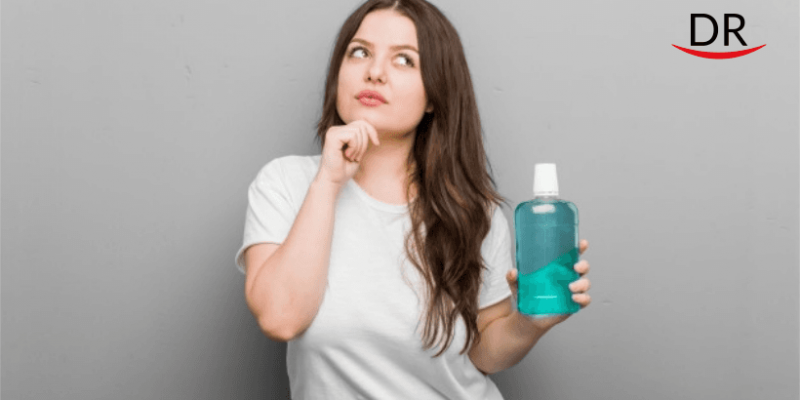 The oral cavity is considered to be the gateway for most of the diseases affecting different systems in a human body. An oral rinse when used provides protection from harmful oral pathogens which can affect the systemic health of an individual. An unhealthy oral cavity serve as a reservoir for plenty of microorganisms especially associated with gingival diseases. These specific microbes will have an impact on systemic health of an individual causing grave health issues like cardiovascular disorders, poor wound healing and infections in uncontrolled diabetes and strokes.

Oral cavity is well thought to be the silent window that harbours plenty of signs and symptoms for progressing systemic illnesses. A good dental diagnostician will be able to screen and marginalise these early signs and able to detect the ongoing systemic changes in the form of bad breath; poor wound healing, gingival diseases progressing systemically via bacteraemia, viral infections like corona virus and pharyngeal infection by coxsackie viruses. Long standing systemic illnesses with immune compromised patients, geriatric and middle aged population presenting with granulomatous and gastro intestinal disturbances. These latter conditions also generate their systemic effect on to the oral cavity thereby causing oral lesions, ulcerations and altering the teeth morphology.

Effects of mouthwashes in the form of active ingredients like chlorhexidine, amine fluoride, hydrogen peroxide, cetylpyridinium chloride and chlorine dioxide have proven to be effective against the oral microorganisms by maintaining their active concentration in the saliva, which helps in significant reduction in the microbial count. Oral rinse along with the saliva present in the oral cavity forms an predator effect to the bacteria that are mainly associated with gum diseases and later become progressive thereby causing cardiovascular diseases like rheumatic fever, bacterial endocarditis, poor wound healing in uncontrolled diabetes, meningitis and finally brain stroke.

Our body firstly communicates with the oral cavity, then the oral pathway leads into gastrointestinal and respiratory tract. The oral corridor harbours plenty of microorganisms in the form of bacteria, fungi and viruses. They may be facultative aerobes, anaerobes and harmful microorganisms. Normally by maintaining good oral hygiene following use of mouthwash, dental flossing and regular brushing will maintain the oral cavity in this manner reducing the harmful microorganisms that may further lead to various systemic condition affecting different systems in an human body.

At present scenarios with changing lifestyles, lot of patients are subjected to various medications to support their systemic health. An average age range between 40 – 60 years, most of the patients either take oral medication as they may suffer a compromised cardiovascular system, endocrine disturbances in the form of diabetes and gastritis. Lately, patients may also suffer from strokes, vitamin deficiencies especially in women and age related illnesses like brain degenerative diseases and rheumatism. All these patients will subject their body to plenty of medications thereby permitting the body to undergo for dehydration. This reduces the amount of saliva produced in the oral cavity which may lead to increase colonisation of microorganisms thereby further worsening of systemic conditions.

There are some definite medications like anti depressants, anti histamines, diuretics, cardiovascular drugs like beta blockers, nasal decongestants and tranquilizers which may affect the regular saliva flow thereby increasing the chances of microorganisms thereby favouring them to progress their harmful actions.

Use of oral rinse in the form of chlorhexidine, hydrogen peroxide, stannous fluoride, chlorine dioxide and cetylpyridinium chloride will have a synergistic effect with saliva. With the use of an oral rinse, it helps to generate adequate level of saliva from the salivary glands thereby maintaining proper buffer action as well as anti microbial action of saliva causing dehydration and oxidation of microorganisms.

Studies have revealed that with the use of mouthwashes along with saliva pre-existing in the oral cavity, their combination will be very lethal to any form of microorganisms. Certain diseases like diabetes and HIV/AIDS can alter the immune system, it is mandatory to use an effective oral rinse to neutralise the harmful effect of microorganisms in helping the immune system in vivo clearing them.

Increase in the hormonal levels especially with estrogens and progesterone with young women of child bearing age leads to accumulation of periodontal pathogens. Studies have revealed that if these pathogens were not eliminated, they may lead to low birth weight babies and cause premature labour. With the use of a mouthwash with saliva being a carrier with anti microbial enzymes and proteins in the form of IgA antibodies will help to eradicate these destructive microorganisms.

Using a mouthwash can be beneficial

Few disadvantages and cautions of a mouthwash