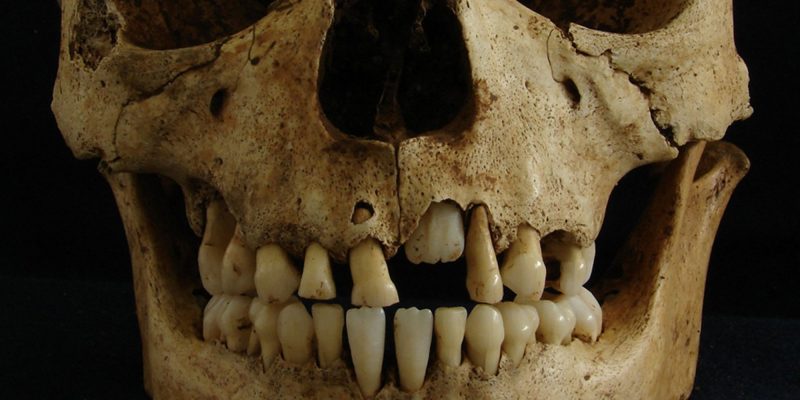 The coronavirus pandemic is changing lives and the global economy, historians tell us, but this is not the first time this has happened in the history of humanity. The earliest written evidence of tiny infectious organisms destroying human society dates back to 541, when the Justinian plague killed 50 million people. Even earlier, in 165 AD, the Antonine plague claimed the lives of 5 million people – for the II century this is a very significant figure.

Until now, it was believed that there were no major pandemics before. However, paleogenomics – a nascent branch of science that studies the DNA of ancient tooth remains – has shown that people were introduced to the concept of "plague" thousands of years earlier than anticipated. There is more and more evidence that the first epidemics changed humanity and predetermined its further development.

“In the case of Covid-19, we see similar processes, but we see them unfolding in real-time,” said Ann Stone, Professor-Director of the School of Human Evolution and Social Change in Arizona.

Palaeogenomics, which uses high-quality medical instruments like those currently used to track the coronavirus, has revolutionized medical history, according to Maria Spieru, a Microbiologist at the Max Planck Institute in Germany. Where historical evidence is lacking, ancient DNA samples provide an opportunity to fill in the gaps, sometimes in the most surprising ways. One of these discoveries was the plague. Until 2015, we thought the plague was a 3000-year-old disease.

Scientists and archaeologists now believe, however, that the plague bacteria that led to the medieval Black Death, killed up to half of Europe's population, led to massive contamination some 5,000 years ago, back in the Stone Age. The bacteria, after entering the bloodstream and likely killing the host, circulated in the pulp chamber of the teeth, which protected DNA from millennia of environmental wear and tear. In the past decade, scientists have been able to extract and analyze this DNA.

Stone Age Plague: How did it differ?

The Stone Age Plague had a slightly different genetic identity. Tracking the evolution of these differences helps infectious disease biologists better understand what causes disease and how to prepare for current outbreaks. For example, the plague bacteria in the Stone Age lacked the genes needed to move from fleas to humans, which likely contributed greatly to the widespread of the Black Death. Without the flea gene, the disease likely used another transmitter animal that came into contact with humans. In 2018, a team from the University of Copenhagen published the first evidence that ancient plague bacteria found in a Swedish settlement had the ability to kill and could be life-threatening in the era of "mega-settlements."

“This was probably the first pandemic,” said Simon Rasmussen, a university geneticist and lead researcher in the study of plague. During the Stone Age, also called the Neolithic period, people began to congregate in large settlements, where up to 10,000 people live in close quarters with animals and have little or no sanitation. “This is a great place for a new pathogen to emerge,” he added.

Paleogenomics has also enabled archaeologists to fill one of the biggest gaps in archeology. Pathogens rarely leave marks on bones, and entire populations can die out without leaving a hint of a cause. Thanks to the ability to read traces of DNA stored in teeth, historians learn about diseases in ancient people.

Christian Christiansen, an archaeologist at the University of Copenhagen, believes his group's research sheds light on the reasons for the demographic transformation of the Stone Age, called the Neolithic decline, which archaeologists have long studied.

Settlements at that time were disappearing faster than they appeared, and within several hundred years, most of the population was replaced by migrants from the Eurasian steppe. Researchers have previously hypothesized that disease played a key role in the destruction of the indigenous population. But now they have proof.

Also read:  A Disgruntled Patient Chased an Orthodontist with a Crossbow for 4 years

“Migration from the steppe would not have been successful without the plague. And by no means the entire population of modern Europe would speak Indo-European languages, ”Christiansen said.

In 2018, a team of paleogenomics analyzed ancient teeth from Neolithic sites in modern Germany and found that the hepatitis B virus is at least 7,000 years old. Another study that same year expanded our knowledge of the history of parvovirus B19 from a few hundred years to 6900 years. Parvovirus B19 causes mild rashes in humans and leads to outbreaks every few years.

In February, researchers at the Massachusetts Institute of Technology released data showing that the Salmonella bacteria species, which affect millions of people every year , infect humans 6,500 years ago. Microbiologist Felix Key has identified Salmonella DNA from teeth found in the graves of pastoralists near the Volga. Kay says the DNA of Salmonella in their teeth is the first evidence that sedentary behavior in close contact with animals could lead to pathogens.

This ancient DNA could give us the opportunity to prove or disprove the hypothesis that the Neolithic Revolution was the main cause of many human diseases,” said Key. "This was facilitated by the cohabitation of people and livestock."

Like many Paleogenomists, Key uses dentist tools and wears something like a suit that blocks possible DNA contamination from teeth extracted from settlements thousands of years older than the Roman Empire.

Paleogenomics is made possible by new DNA extraction techniques developed for medical purposes in the past decade. After using dentist tools to extract and grind material trapped inside a tooth, molecular biologists are using a technique called shotgun sequencing to extract all of the genetic material. decrypting the data is required so that bioinformaticists can match genetic identities with known pathogens. After that, archaeologists must insert human disease into a historical context.

The process is expensive, and mainly European laboratories with good equipment and funding are engaged in it. A complete dental exam can cost over $ 1 million. However, much depends on the team's luck in finding enough ancient teeth that have been in the right conditions for millennia to preserve the pathogen's DNA. In a study of salmonella bacteria, Kay's team analyzed 3,000 samples and found only eight with preserved salmonella bacteria.

Simon Rasmussen said that while he is fairly confident that his team's evidence describes the oldest human pandemic, more DNA samples need to be found and analyzed. The DNA used in his research comes from only one small settlement in what is now Sweden. Rasmussen said that in order to prove a pandemic, scientists need to find DNA evidence in some large places – in other parts of Europe.

Despite this, paleogenomics has shown that humans have been engaged in an "arms race with pathogens" for thousands of years.