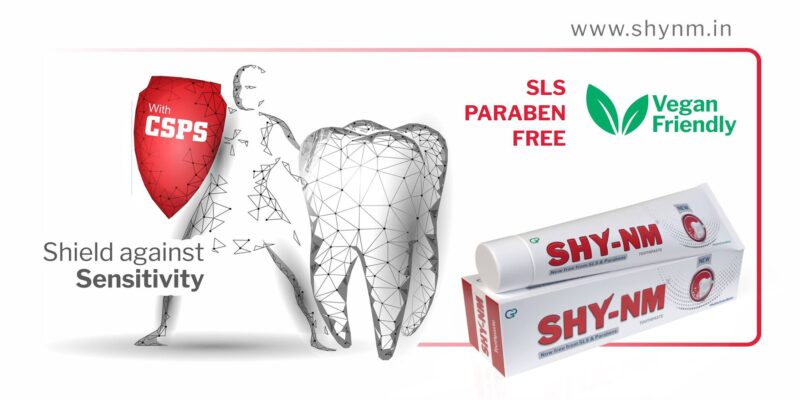 It is rightly said that every coin has two sides. The same is true for the most favored synthetic used over “eras” in our toothpaste, which is sodium lauryl sulfate (SLS) & Paraben!

They grey sides of the two chemicals have provoked this nomenclature “toxic two”!

1) SLS is a cleaning agent & surfactant found in toothpastes. The USP of the compound is its :

As stated by ADA, the foam “cloud” enables the efficient separation of food debris and other accretions stuck to the tooth surfaces, which ultimately are great benefits achieved with single ingredient.

However, recently controversy regarding this “celebrity” ingredient is catching the limelight. The safety concern of SLS is much talked about. According to the National Institute of Health (NIH), SLS is a safe product & the fact of it being a carcinogen is just a rumour. But though not a carcinogen, but SLS is known to aggravate the conditions such as stomatitis & mouth sores/ulcers. 1

2) Paraben, one of the most used preservative in many cosmetics including toothpastes, is banned in many countries including European countries, because of its potential hazards including its role as a potential carcinogen.

SLS component is known to cause biochemical protein denaturation which results in a visible desquamation of the mucosal membrane. Researchers have reported that frequent local application of toothpastes containing SLS may cause oral lesions due to absorption of the chemical sublingually or from the mucosa. However, a latest (2020) Brazilian research by Esteves et al. has reported cases of oral mucosal desquamation which were diagnosed as Type IV hypersensitivity to SLS from the toothpastes. Their study reported hypersensitivity even with the lowest concentration of 0.25%, which is far below the permissible levels of 0.5-2%. However, all the patients in their case series were also using alcohol-based mouthwashes, which acts as an additive.

Another case series from Brown et al. has also shown evidences of inflammatory changes & erythematous textures of mucosa in patients using SLS containing toothpastes, which resolved on their own after discontinuation of the toothpastes.

Broadly, though the exclusive role of SLS in causing oral lesions is not much studied & NIH reports the compound safe for use in permissible concentration; still dentists must be aware of its deleterious effects on oral cavity.

The “alert” with paraben is because it is easily absorbable into the blood circulation through the oral mucosal membrane (4000-fold more permeability than skin) and penetration into digestive systems (through salivary mucins).

Products for local application which are ‘SLS & Paraben free’ are generally preferred for use. Hence, even dentifrices should be checked, analysed and opinionated by experts just like any other skin, hair or body products.

Awareness regarding the harmful effects a wrong toothpaste can have on patient’s precious health cannot be underestimated. This especially holds true in this era of reckless advertisements and marketing where there are minimum filters for health safety and hence being professionals, we can prevent the health hazards by at least knowing “What not to prescribe”!!!