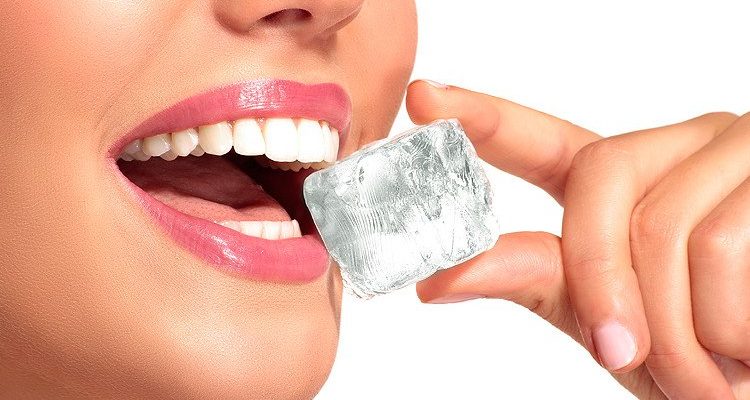 In people with dental caries, drinking cold drinks can cause real agony. “This is a unique kind of pain, a real anguish,” says David Clapham, vice president and chief research officer at Howard Hughes Medical Institute. Now he and an international team of scientists have figured out how teeth feel cold and have identified all the molecular and cellular players involved in the process.

In both mice and humans, odontoblasts contain cold-sensitive proteins that detect temperature changes. Signals from these cells could eventually trigger an attack of pain in the brain.

And at the same time, the work found an explanation for an old home remedy that relieves toothache. According to electrophysiologist Katharina Zimmermann, who led the work at the Friedrich-Alexander University in Erlangen-Nuremberg in Germany, the main ingredient in clove oil, which has been used in dentistry for centuries, contains a chemical that blocks the "cold sensor" protein.

The development of drugs that target this sensor even more specifically could potentially reduce the sensitivity of teeth to cold, Zimmermann said.

Until now, no one knew how teeth react to cold, although scientists have proposed one theory. Tiny canals inside the teeth contain fluid that moves as the temperature changes. Some researchers have suggested that somehow the nerves may be able to determine the direction of this movement, which signals whether a tooth has collided with hot or cold food.

"We cannot rule out this theory," but there was no direct evidence for this, says Clapham. Fluid movement in teeth – and dental biology in general – is difficult to study. Scientists have to cut through enamel – the hardest substance in the human body – and another hard layer called dentin, all without crushing the soft pulp of the tooth and the blood vessels and nerves inside it. Very often during this process, the tooth falls apart right into pieces, ”says Zimmermann.

Zimmermann, Clapham, and their colleagues had no intention of studying teeth. Their work focused primarily on ion channels – pores in cell membranes that act as a kind of "molecular gate". Once a signal is detected — for example, a chemical message or a change in temperature — the channels either close or open wide, allowing ions to enter the cell. This creates an electrical impulse that is transmitted from cell to cell. It is a fast way to send information that is critical to the brain, heart, and other tissues.

About fifteen years ago, researchers at Clapham's lab discovered that an ion channel called TRPC5 is very sensitive to cold. But the team didn't know exactly where in the TRPC5's body the ability to sense changes in temperature is involved. However, it was later revealed that mice that did not have TRPC5 could still feel the cold.

After that, “we were at a dead end,” says Zimmermann. One day the team was sitting at lunch discussing a problem when the idea finally came to mind. "David said," What other tissues in the body feel cold? " Then everyone remembered about the teeth.

“TRPC5 is indeed in teeth, and especially in carious teeth,” study co-author Jochen Lennerz, a biologist at Massachusetts General Hospital, said after examining samples from adults.

A new experimental setup in mice convinced the researchers that the TRPC5 did indeed work as a cold sensor. Instead of opening a tooth and examining its cells only in a dish, Zimmermann's team studied the entire system: the jawbone, teeth, and dental nerves. Scientists recorded nervous activity when the ice solution touched a tooth. In normal mice, this cold immersion caused nervous activity, indicating that the tooth was feeling cold. This is not the case with mice lacking TRPC5 or teeth treated with a chemical that blocks the ion channel. This was a key indication that the ion channel could detect cold, Zimmermann said. Another ion channel being studied by the team, TRPA1, also seems to have played a role in this process.

The team traced the location of TRPC5 to a specific cell type, the odontoblast, which sits between the pulp and dentin. For example, when someone with bare dentin bites a popsicle, these TRPC5-packed cells pick up the cold sensation and send a lightning-fast signal to the brain.

Zimmermann notes that the team's journey to this discovery lasted more than ten years. It is difficult to understand the function of individual molecules and cells, she said. "And a full study can take a long time."

Why Nobody Cares About Your Business?