Looking for binge-watching some great dental movies or movies with dentist characters? Allow me! Here is the list of the top 10 dental movies of all time.

It is a biography of Dr William Thomas Green Morton, a 19th century Boston based dentist who tried to get accepted as a surgical anaesthetic. The movie shows fear of dental pain among public and the quest of Dr WTG Morton to provide painless dental extractions to his patients. On September 30 1846, Morton successfully performed a painless tooth extraction. This was followed by a demonstration of operating theatre at Massachusetts General Hospital on October 16, 1846. Dr John Collins Warren painlessly removed tumour from the neck of a patient. This movie will instil a sense of gratitude for the current era of painless surgeries effortlessly done by pioneer dentist like him.

It depicts the story of a travelling dentist, Dr Fergus O’Connell who works for a foundation based in New Jersey. He offers his services free of charge to rural population of Patagonia, South America. The movie shows the ignorance towards dental health and its barriers faced by dentist to spread oral hygiene. Dr Fergus’s glowering expressions on seeing someone eat candy is certainly enough for him to quit candy forever. It was quite impressive that they managed to convert a bar into a dental clinic to perform an auto transplantation of a wisdom tooth into an edentulous space of recently extracted missing molar. The bike being repurposed into a makeshift dental chair setup reminded me of mobident that provides door to door dental services.

This slapstick comedy movie deals with an unsociable and forgetful dentist, who deals with his patients unconventionally, runs his clinic in the house and share memories with his disobedient daughter. Various patients with unusual physical traits such as a tall “horse” faced woman, a tiny, heavily-bearded man arrive at the office and he attempts to use his dental drill on them without any apparent painkiller. With one of his patients, he engages in an intimate wrestling match. A lighthearted movie that will teach you the things NOT to do in your dental practice.

It is the second adaptation of Roald Dahl’s classic book. This movie is about Charlie Bucket, a poor boy who lives near Wonka Candy Company. While the movie is about Charlie, star of the movie is Johnny Depp’s supremely weird character Willy Wonka, the candy company’s owner. And the reason for his odd behaviour? You guessed it right, an overbearing dentist father, Dr Wilbur Wonka denying his young son candy because of the potential risk to his teeth. Don’t be harsh with your kids or they will run away and consider family a hindrance in pursuing their dreams. This is the message conveyed by the movie.

When four friends travel to Las Vegas for a bachelor party of their friend Doug’s upcoming marriage, things quickly go out of control. Doug’s hilariously strange future brother-in-law, Alan played by Zach Galifianakis gave them drugs in hopes of a better night. Dr Stuart “Stu” Price, played by Ed Helms is a dentist, the normal one among his group of insane friends. Being a dentist does not ensure safety from dental injuries. Stu performs an extraction on himself to defend his honor as a dentist on being bet that he couldn’t perform an extraction.

This movie depicts the story of three friends and their delightfully nasty tale of resentment, desperation and amoral revenge against their “horrible bosses”. One of the titular bosses, Dr Julia Harris aka Man-eater played by Jennifer Aniston. She is a dentist and frequently assaults her dental assistant, Dale, played by Charlie Day. Dale and his two friend’s team up to murder their respective abusive bosses and things go horribly wrong. Homicide is probably the worst option to deal with a difficult boss.

Also read:  Giant Sialolith as Big as an Adult Tooth Discovered from a Patient's Mouth.

The movie focuses on teenager Justin Cobb as he copes with his thumb-sucking habit and low confidence. Justin’s orthodontist, a mystical-hippie person played by Keanu Reeves tries to help him overcome his adverse habit. During his final checkup, Dr Lyman reveals to Justin his discovery that thumb-sucking is not a medically debilitating problem but says that everyone has their own flaws and nobody has all the answers. Good one! Dr Lyman. Wonder if this answer will convince our examiners during viva!

It is a television Christmas special released on December 6, 1964 depicting the story of Rudolph, a reindeer who is bullied because of his red nose. Meanwhile, Hermey one of Santa’s elves dislikes making toys and wishes to be a dentist instead of a toy maker. This outrages the elf foreman and other elves chastise him for his interest in dentistry. Despite this Hermey continues his studies. This movie gives a rare glimpse of dentistry as a positive profession. As dentists, we acquire skills to pull out teeth, which can always be used to defeat the bad guys and save the day!

A Sydney based dentist Dr Philip Sherman captures Nemo and adds him to the collection in his dental office fish tank. He is supposedly going to gift Nemo as a pet fish to his nasty niece who terrifies the fishes. Nemo along with the Tank Gang devise an escape plan. The dental expertise shown by the aquarium inhabitants while watching the dentist performing RCT is amazing! This movie shows another psychotically weird child related to a dentist, reinforcing the point that dentists apparently pass on cruelty to their progeny?? A food for thought…

The story revolves around the mysterious murder cases of a teenager and the domestic help, who worked at her place. The film is based on the real life 2008 Noida Double Murder Case, in which 14 year old Aarushi Talwar was found, murdered at her home. The family’s missing 45-year-old servant Hemraj was initially sought for the murder, until his dead body was discovered in another part of the building on the following day. The parents, a dentist couple were convicted for the crime. The film showcases three perspectives to the case which emerge as the investigation moves forward, portraying the parents as guilty or innocent. The movie depicts how office politics and grudges held by a dental assistant can prove to be dangerous. Beware! Treat them right. 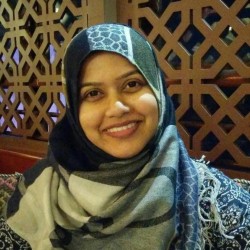 Be A Super dentist: Understanding your patients