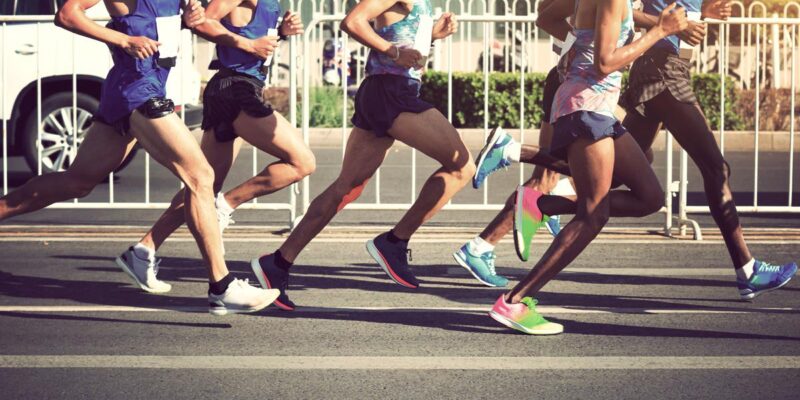 The combination of NSAID use and exercise can elicit anaphylaxis in certain individuals, according to a medically challenging case report presented at the American College of Allergy, Asthma & Immunology Annual Scientific Meeting.

Researchers presented the case of a woman who developed exercise induced anaphylaxis after taking prophylactic naproxen during her marathon training.

“We saw a 40-year-old avid runner in our clinic who had no history of food or medication allergies,” says Sebastian Sylvestre, MD, ACAAI member and lead author of the abstract. “She had previously tolerated NSAIDs, and she took naproxen before her marathon training run. By mile four she had developed itching and swelling around her eyes. By mile six she had hives, lightheadedness, difficulty breathing, and vomiting. Her husband brought her to the emergency room for treatment.”

Till now many cases of exercise induced anaphylaxis have been reported the causes of which can be any of the following:

In this particular case the responsible factor was the use of prophylactic NSAID before the marathon.The abstract authors note that NSAIDs are capable of both bringing on allergic responses and heightening the reaction in certain individuals.

“The combination of NSAID use and exercise may predispose some people to anaphylaxis,” says allergist Taha Al-Shaikhly,co-author of the paper. “It is important that those who engage in strenuous exercise be mindful of the phenomenon and they know the risks, as well as how to manage any anaphylactic symptoms that might arise in the future during exercise.”

Also read:  Teeth from the Slaves made Mr Washington's Denture?

The authors note that following the emergency room visit, the patient now strictly avoids NSAIDs, carries an epinephrine auto injector to treat anaphylaxis, and has not had a recurrence of symptoms with exercise. Just because an allergic person has never had an anaphylactic reaction in the past to an offending allergen, doesn’t mean one won’t occur in the future. And if you have had an anaphylactic reaction in the past, you are at risk of future reactions

This incident warrants a careful use of NSAIDs particularly in patients actively involved in sports and other strenuous activities.