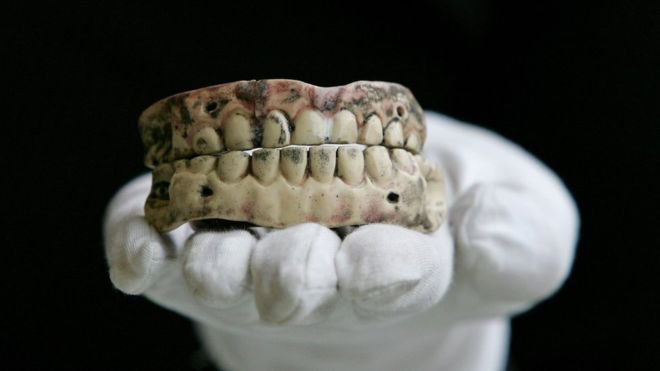 Evidence derived from markings of teeth can prove to be an important crucial in criminal cases when other evidences prove inconclusive. That’s exactly what happened in the Frimpong case.

Dr Raymond Johansen is a local dentist with additional expertise in forensic odontology i.e the science and art of matching dental structures to the evidence. Detective Kies had asked Dr Raymond to compare enhanced photos of Eric’s teeth to the photo of the bite mark on Jane Doe’s right cheek.

When Johansen told Kies that the evidence was too “vague” to rule Eric in or out as the biter, Kies left and found a credentialed odontologist in San Diego, Dr Norman Sperber, without filing a report on Johansen’s findings. This was a constitutional breach referred to as a Brady violation (case law: Brady v Maryland). The prosecution, which includes the police, is required to inform the defense of all exculpatory evidence.

Just before Kies took the witness stand at trial, Defence Attorney Sanger discovered about the meeting between Kies and Johanson. Though Kies denied the meeting at first, he later admitted that though required, he hadn’t written a report of the contact. This led Sanger to move for a mistrial.

During the hearing, Weitzman, the property sergeant said that, the Sheriff’s Department hadn’t employed Johansen because he believed his fees would be too high compared to Sperber. According to him, Sperber agreed to work for “zero”. Sperber did charge for the case though and it was possibly more than what Johansen would have charged.

Kies said he learned about Sperber from Senior Deputy District Attorney Ron Zonen. According to Kies, it was Zonen who told him that Dr Sperber had more credentials than Dr Johansen for that type of work, but when Zonen was called to the court, he denied that he knew Dr Johansen beforehand. Zonen claimed, “I didn’t have the impression that there was an analysis done. I wasn’t certain that Dr Johansen – again, I didn’t know his name at the time – I don’t believe that he had – my understanding was he hadn’t even done any work at that time. It was purely a question of money.”

Also read:  What is Medico-Dental Symbiosis?

Zonen however also gave another contradictory comment that he had known [Sperber’s] work for a number of years and felt that he could simply do better at the job and had a better reputation and greater likelihood of qualifying as an expert.

It should be noted that in bite-marks, opinions are less scientific and more subjective than fingerprint evidence. According to Sperber, the original evidence was lacking ‘clinical detail’ and was therefore inconclusive. When Sperber saw Randall’s bite mold that was made halfway through trial, he excluded Randall as the biter and suspected that Eric could be the one who has caused the mark. To counter that, Sanger hired prominent odontologist Dr Charles Bowers.

Bowers’s completed analysis suggested that Sperber had oriented the bite mark incorrectly and was therefore misreading the evidence. This finding supported Eric’s innocence and Randall’s culpability as the biter.

Hill rejected the new-trial motion after dismissing the testimony by Bowers as not “credible”, despite the fact that Bowers is a diplomate, American Board of Forensic Odontology; a fellow of the American Academy of Forensic Sciences and serves on the committee to revise and reform national professional standards for the interpretation of bite-mark evidence.

According to Judge Hill, Dr Johansen was the most credible expert on this case and so he was called to the court to answer questions regarding his meeting with Kies and the prosecution odontologists.

Also read:  Dentists across the globe facing shortage of masks due to coronavirus outbreak.

Johansen’s odontological findings thus pointed to Randall as a possible biter and more importantly excluded Eric as a biter saving an innocent life.

Oral Lesions may be a COVID-19 Symptom, Study Suggests